Cortona On The Move AlUla

Cortona On The Move AlUla
Past Forward.
Time, Life and Longing

AlUla played host to an innovative photography exhibition from 9th February to 31st March, featuring the work of 19 artists from around the world, including works by photographers from Saudi Arabia.

As part of the AlUla Arts Festival, AlUla has collaborated with Cortona On The Move, the acclaimed Italian festival of documentary photography, to curate a special site-responsive experience in AlUla’s AlJadidah Village.

The first edition of the collaboration titled Past Forward – Time, Life and Longing. offered the opportunity to leading local, regional and international photographers to have their works exhibited on walls and courtyards, creating an exciting journey of visual narrative.

Past Forward – Time, Life and Longing was co-curated by Arianna Rinaldo, curator and artistic director of Cortona On The Move from 2012 to 2021, and Saudi-based visual artist and curator Kholood Al-Bakr. The concept at the heart of the exhibiting programme is the idea of time. Both AlUla and Cortona live and breathe the cultural legacy of their history, one in the stunning deserts of northwest Saudi Arabia, and one in the historic heart of Italy. 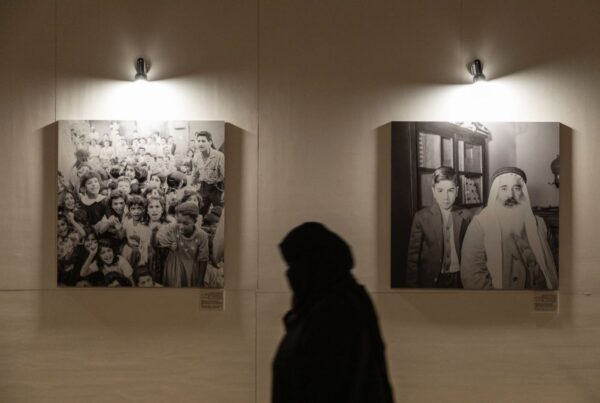 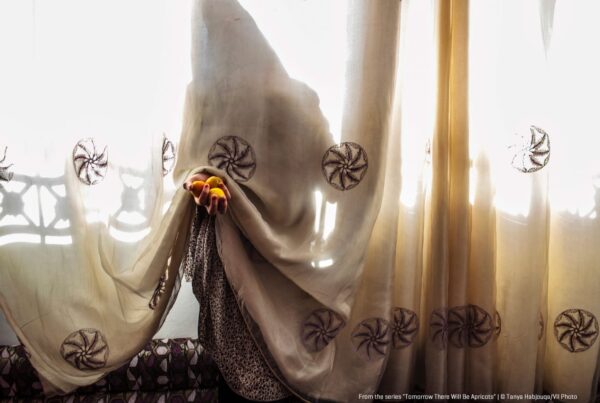 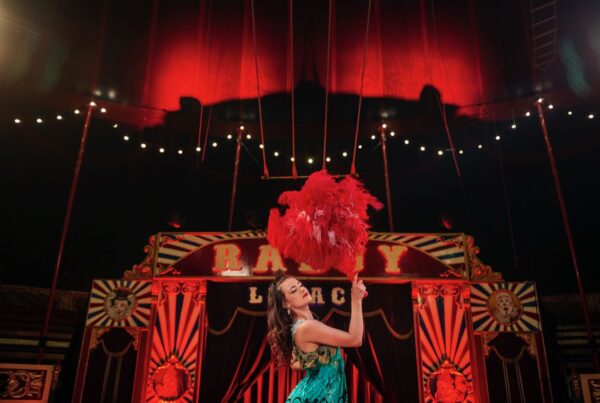 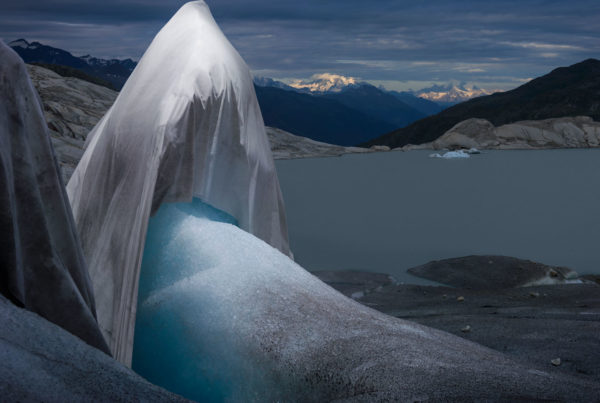 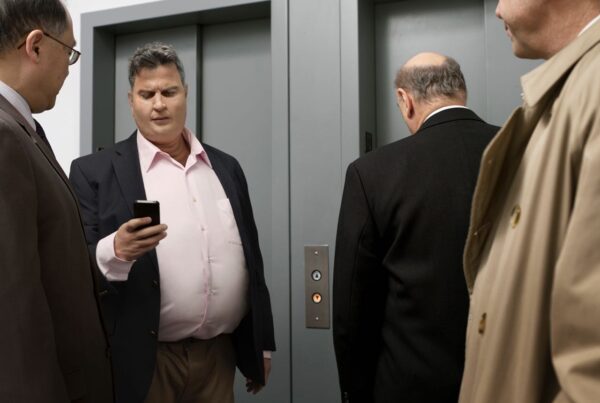 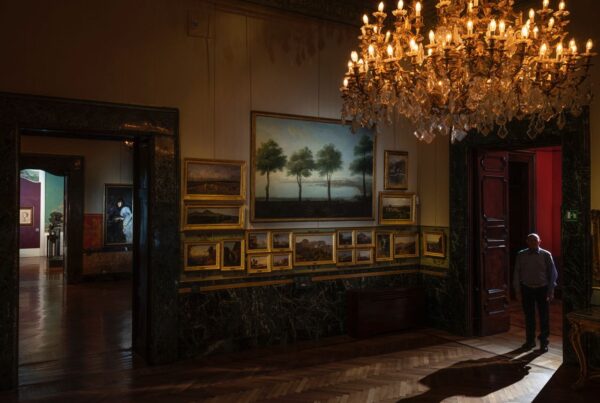 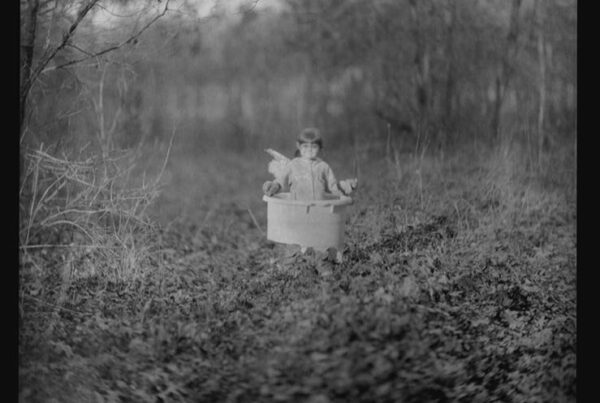 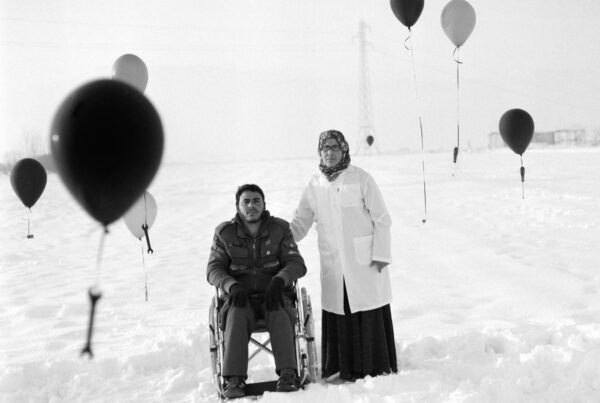 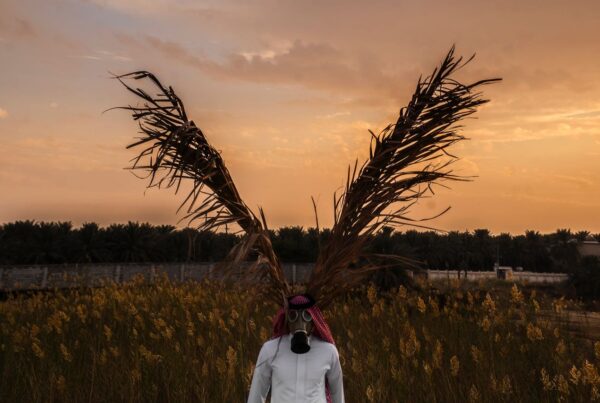 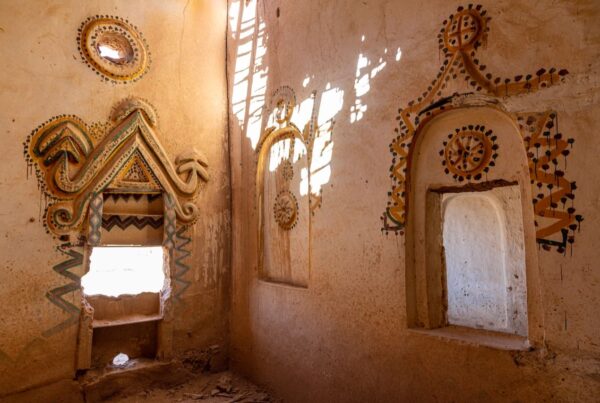 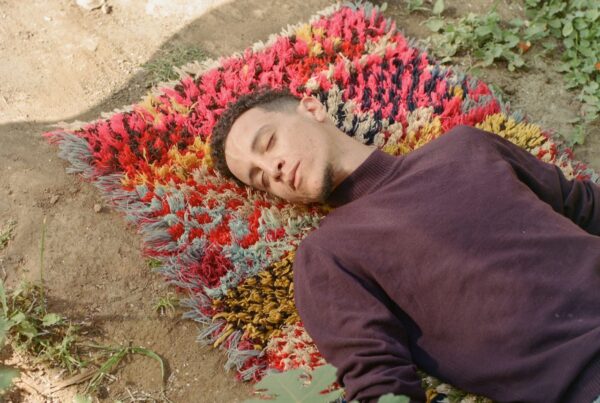 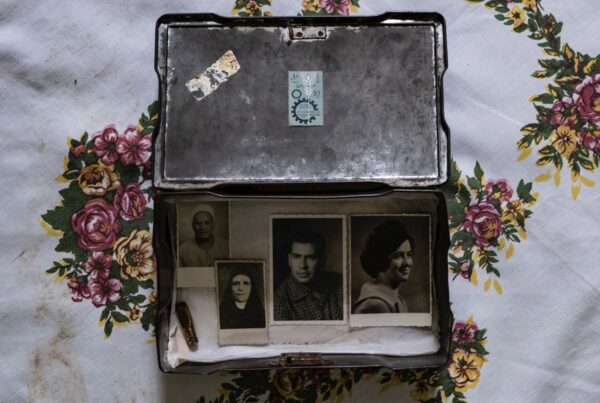 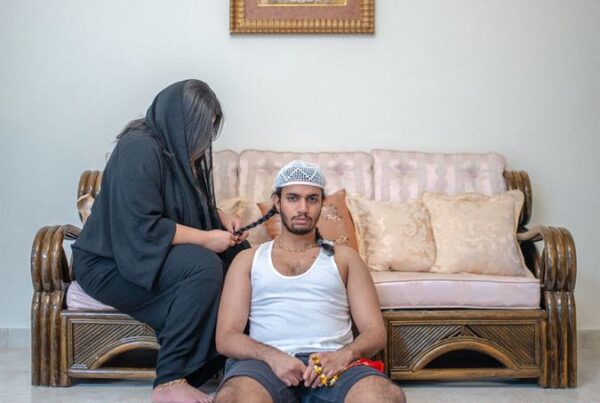 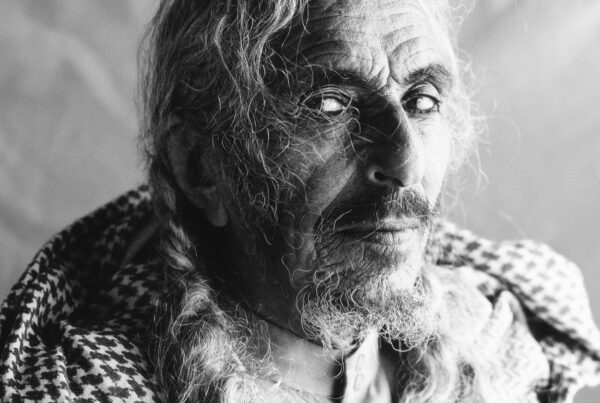 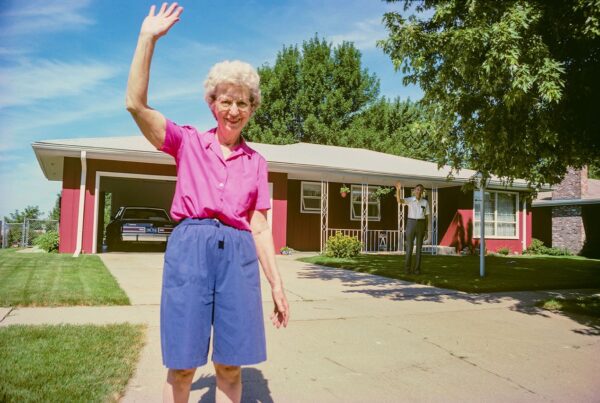 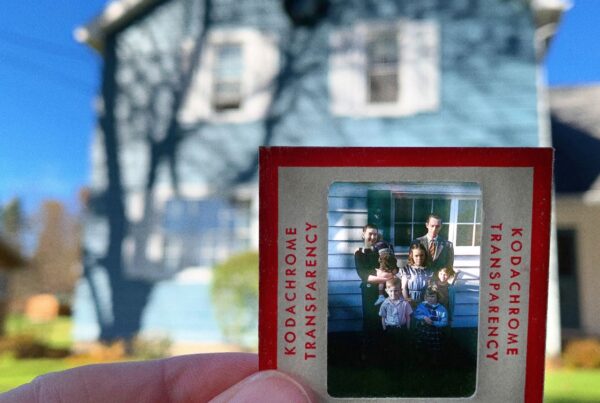 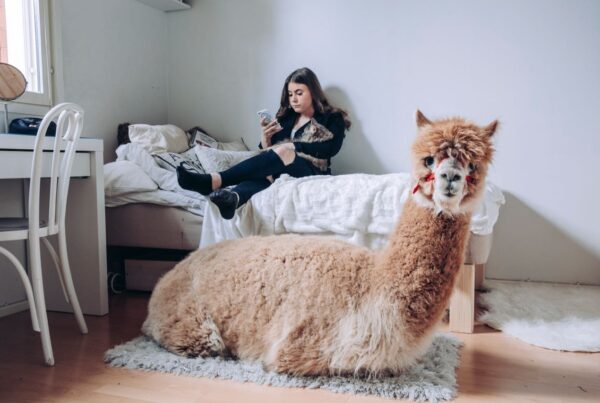 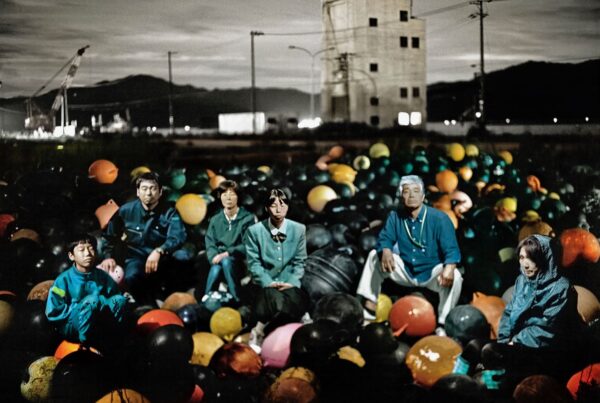 A new Artist Residency programme for six photographers from Saudi Arabia and around the world. Selected participants from Saudi Arabia, the Netherlands, Slovakia and Italy were mentored in an intensive training programme with international professional photographers and curators. The Artist Residency included a public ‘Photography Weekend’ (10-12 March) featuring talks and masterclasses delivered by the mentors and exhibiting artists whose work could be seen across AlJadidah, the emerging arts hub in AlUla, Saudi Arabia.
“This artist residency is an experiment of cross-pollination with international and Saudi photographers gathering together in AlUla to develop their work, be inspired by each other and by the unique environment.” said Paolo Woods, curator of the Cortona On The Move AlUla Artist Residency and the Artistic Director of Cortona On The Move 2022: “They will benefit from the guidance of some of the most respected industry professionals who will mentor them and help to nurture their talents.”
The photographers participants are offered an opportunity for training and cultural exchange during their 21-day stay – from 3 to 24 March 2022 – in AlUla. Here they were immersed in the extraordinary landscapes and creative communities of AlUla to develop photographic projects in total artistic freedom while being mentored by the group of international experts. 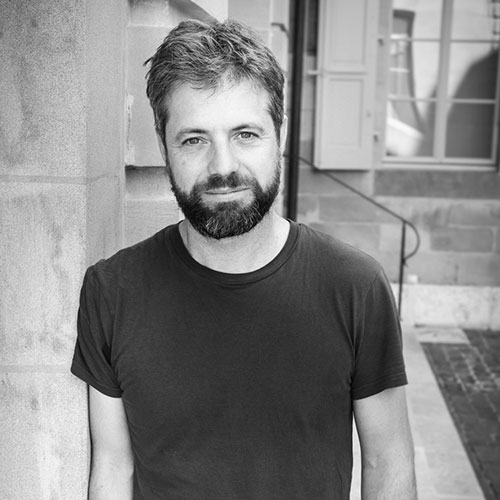 Paolo Woods is a documentary photographer, filmmaker and curator. He is the author of eight books and his work is widely exposed, collected and published. He works on long-term projects that focus on subjects that are crucial for understanding the world we live in but difficult to translate photographically. His projects include A Crude World tackling the subject of the oil industry, Chinafrica were he documented the spectacular rise of the Chinese in Africa, Walk on my Eyes, an intimate portrait of the Iranian society, STATE on what happens to a society when the state collapses, The Heavens which is a unique photographic investigation into the workings of tax havens. He has just published HAPPY PILLS, with Arnaud Robert, on how the pharmaceutical companies sell us happiness. Currently he is working on his first film.
Paolo Woods is the artistic director of Cortona On The Move - international festival of photography. 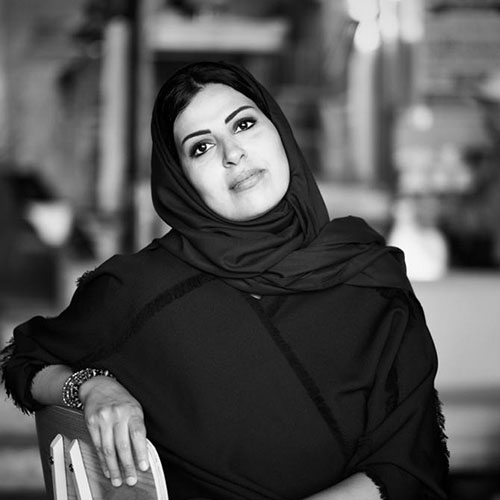 Born and raised in Riyadh, Saudi Arabia. Photographer and visual artist, Kholood was a co-founder of PhonArt Saudi, a photography and art initiative that aims to introduce smartphones as a contemporary art medium and supports creatives in exploring and capturing the untouched documentation of Saudi’s unique street life. She was the first saudi female who started photowalks in multiple cities of the kingdom of Saudi Arabia. As an art curator she managed the participation of PhonArt in multiple successful exhibitions at Ithra, Colors of Saudi , Saudi Design festival and MISK art institution. With Misk Art Institution & Ithra Phonart organized workshops and dialogues about art and culture from 2016-2019. She is also the co-founder of Bayt Al-Malaz, a cultural space that endorses the dynamic cultural movements in the region. 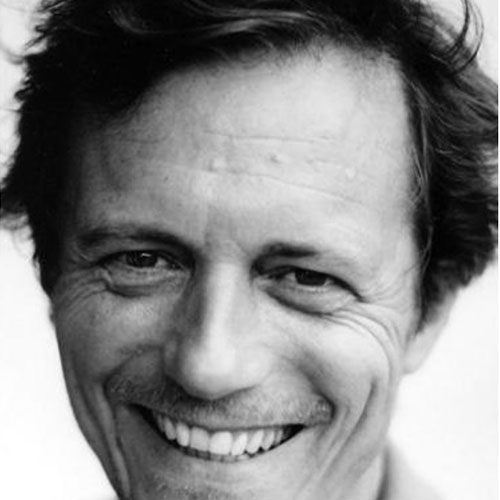 François Hébel is a French artistic director and curator who has been on the side of photographers for over 40 years. He is the director of the Fondation Henri Cartier-Bresson since November 2017, currently with major shows at the Museum of Modern Contemporary Art in Taipei, the Palazzo Grassi, and the Foundation in Paris. He was the initiator and art director of the first Month of Photography of Grand Paris in April 2017, art director and co- founder of the Biennale Foto/Industria in Bologna, Italy, in 2013, 2015 and 2017, and art director of the “French protocol” program at FIAF gallery, New York 2015-2018. He served as a consultant for the Henri Cartier-Bresson Foundation Paris, 2015- 2017. He is the former director of the Rencontres d’Arles photo festival (1986, 1987 and 2001-2014) and was the co-founder of Photo Spring in Beijing, 2010-2013. He advised on the creation of photo festivals in Kyoto and New Delhi in 2010 and 2011. He has also served as vice-president of Corbis photo agency (2000-2001), director of Magnum Photos Paris and International (1987-2000), and as director of Fnac stores and galleries (1983-1985).
He has been the producer and curator of numerous exhibitions, books, educational initiatives, slide and live shows across five continents, and he collaborated early on in the careers of now major artists such as Martin Parr, Nan Goldin, JR, Robert Doisneau, Wang Qingsong, Paul Graham, Raymond Depardon, Annie Leibovitz and Sebastiao Salgado. His most recent single projects include: Nan Goldin’s Ballad of Sexual Dependency (first shown in Arles in 1986 and most recently at the Triennale Mufoco in Milan in 2017); Raymond Depardon’s New York: A Picture a Day (FIAF/Libération 2017); and Josef Koudelka: Industries, (Editions Xavier Barral 2017). He was curator of Lucien Clergue (Grand Palais Paris), of Eaux trouble, eaux calmes (Fondation François Schneider Wattwiller, 2016); of 36 000 communes, 36 000 cicatrices (for the Centennial 1914-1918, Panthéon, Paris, 2016); and international curator at the Chongqing Photo Biennale in China, 2015. 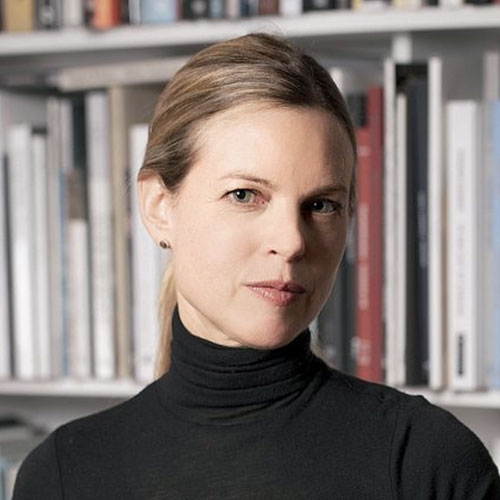 Nathalie Herschdorfer is a curator and art historian specialising in the history of photography. She is Director of the Museum of Fine Arts Le Locle, Switzerland, where she has organised many important photography shows, including Alex Prager, Hiroshi Sugimoto, Vik Muniz, Todd Hido, Garry Winogrand and Henri Cartier- Bresson. She has also been working as a curator with the Foundation for the Exhibition of Photography (FEP) for several years, working specifically on projects dedicated to fashion photography. Previously, she was a curator at the Musée de l’Elysée in Lausanne, Switzerland, where she worked on major exhibitions, including Face: the Death of the Portrait, and retrospectives of Edward Steichen, Leonard Freed, Ray K. Metzker or Valérie Belin. She is the author of several books, among them The Thames & Hudson Dictionary of Photography, Coming into Fashion: A Century of Photography at Condé Nast, Afterwards: Contemporary Photography Confronting the Past, and New Swiss Architecture (all published by Thames & Hudson). Her most recent publication, Body: The Photography Book includes the works of more than 175 contemporary photographers.
Nathalie Herschdorfer will take on the position of Director of Photo Elysée starting June 1, 2022. 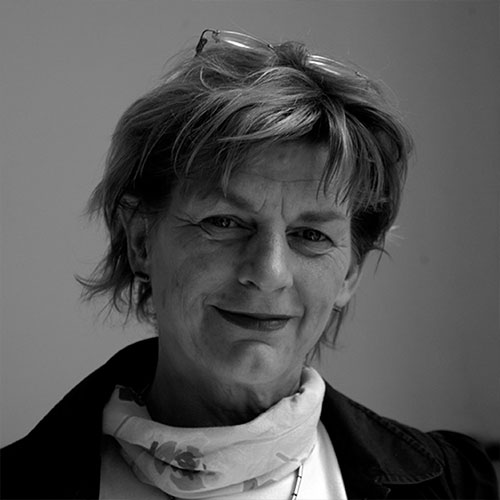 Corinne Noordenbos is a photographer and educator. She has a long career as a portrait and documentary photographer working for a variety of editorials. In her own projects, she concentrates on daily matters, often with a personal starting point. Her series of Modern Madonna, was made just after she became a mother herself. Her project about Alzheimer after her mother was diagnosed with the disease. Her work has been exhibited all over the world. Her contribution to education in the Netherlands has impacted on the development of photography internationally. Her former students are now at the forefront of contemporary practice and the development of the book form can be clearly celebrated in the work of former students like Rob Hornstra, Vivianne Sassen and Wassink Lundgren amongst many others. Corinne has been Head of Photography at the Royal Academy of Art (KABK) in The Hague until April 2015. Noordenbos was born in Amsterdam where she still lives and works.She got her education at the Gerrit Rietveld Academy and the Rijksacademie in Amsterdam. As a freelancer she has worked for a large variety of Dutch magazines making portraits and documentaries. 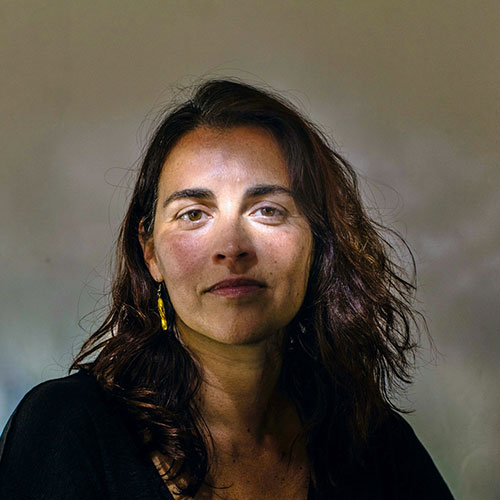 Arianna Rinaldo is a freelance professional working with photography at a wide range. From 2012 to 2021 she was the artistic director of Cortona On The Move, international festival of visual narrative. Since 2016 she is the photography curator at PhEST, a festival on contemporary photography and arts in Puglia. Arianna’s relationship with photography started in 1998 as Archive Director at Magnum Photos, NY; and then, back in Italy, as photo editor for Colors magazine. From 2004 to 2011, in Milan, she worked as editorial consultant and curator for exhibitions and special projects. For 4 years she was photo consultant at D, the weekend supplement of La Repubblica. For almost 10 years she was the director of OjodePez, a bilingual documentary photo quarterly published by La Fabrica in Madrid.
Based in Barcelona since 2012, Arianna is active as consultant, teacher, curator and editor. She participates in photo events and festivals around the world as speaker and portfolio reviewer; and she is regularly invited on jury panels and selections committees for international institutions and organizations. Arianna is intrigued by the amazing stories told through images. She is interested in contemporary documentary and original storytelling: visions on the current world and stories of humankind living on this planet, and beyond. 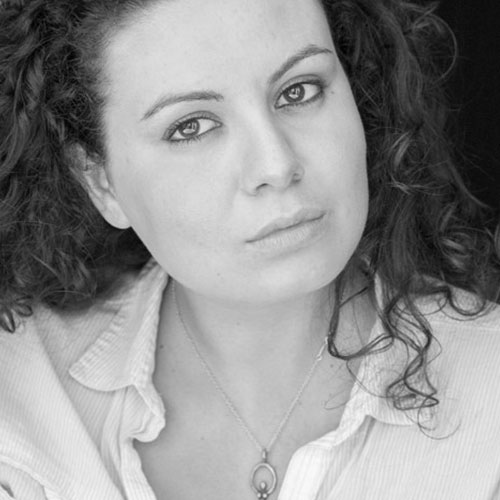 Gaia Squarci is a photographer and videographer who divides her time between Milan and New York, where she teaches Digital Storytelling at International Center of Photography ICP. Gaia is a photo editor and writer at Blind Magazine, member of Prospekt, IWMF fellow and National Geographic grantee. With a background in Art History and Photojournalism, she leans toward a personal approach that moves away from the descriptive narrative tradition in documentary photography and video. Her work is focused on the relationship between human beings and the environment, family relationships and domestic violence. POYi awarded her cinematography and photography respectively in 2014 and 2017. Clients include the New York Times, the New Yorker, the Washington Post, Internazionale, D di Repubblica among others. Her work has appeared in exhibitions at Musée de l’Elysée, The ICP Museum, Museo Amparo, Cortona on the Move, ASVOFF Festival at Musée Pompidou, Photoville and the Athens Photo Festival.

Six photographers were selected for the residency; Awoiska van der Molen (1972) a Dutch photographer and visual artist, selected for the Prix Pictet, a world prize dedicated to sustainability. Eleonora Paciullo (1993), an Italian photographer, book designer and photo-editor of The Light Observer magazine and Martin Kollar (1971), a Slovakian freelance photographer and director of photography, who has received several scholarships and awards, including the Prix Elysee.
The three Saudi Arabian photographers taking part in the Residency are Hayat Osamah (1993), who has been working on the theme of diversity using film photography since 2014. She was selected by the Ministry of Culture as a speaker at “Fashion Futures, 2019”, the first fashion platform in Saudi Arabia. Huda Beydoun (1988), who made her debut as a visual artist, has received several national and international awards and is currently a fashion photographer and art director; she exhibited at the Venice Biennale in 2013. Hussain AlSumayn (1992), a photographer, video maker and passionate visual artist, interested in cinema and art, created the first Phone Photography Tour in Saudi Arabia. 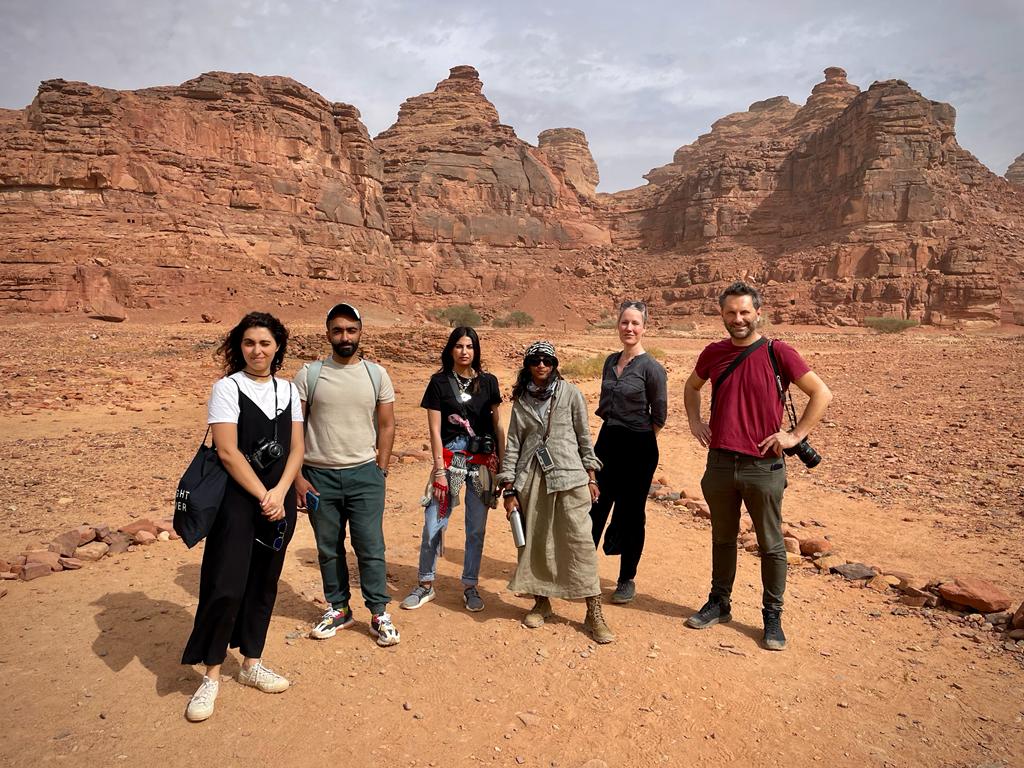