The Island of the Colorblind

The Island of the Colorblind

In the late 18th century a catastrophic typhoon swept over Pingelap, a tiny atoll in the Pacific Ocean. One of the survivors, the king, carried the rare achromatopsia gene that causes complete color blindness. The king went on to have many children and as time passed by, the hereditary condition affected the isolated community and most islanders started seeing the world in black and white. Achromatopsia is characterized by extreme light sensitivity, poor vision, and the complete inability to distinguish colors. Initiating my visual research in the Federated States of Micronesia, I tried to find ways to envision how people with achromatopsia see the world. I experimented with different ways of photographing, trying to see the island through their eyes. “The Island of the Colorblind” consists of three kinds of images; ‘classic’ digital black and white photos, infrared images and photo-paintings. 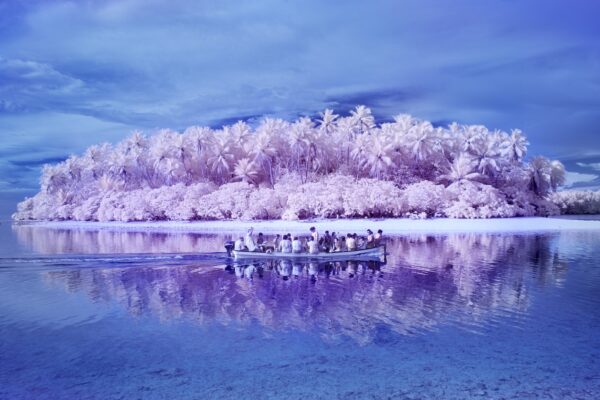 Sanne De Wilde (1987, Antwerp, Belgium) completed her bachelor degree at Konstfack, Stockholm and graduated as Master in the Fine Arts at KASK in Ghent with great honours in 2012. Her work has been internationally published (The Guardian, New Yorker, Le Monde, BBC, CNN, Vogue) and exhibited. Since 2013 De Wilde works as a photographer for the Dutch newspaper & magazine De Volkskrant in Amsterdam.